Arminia Bielefeld will host Hamburg at the Bielefelder Alm in the 2.Bundesliga on Saturday, looking to get their first points on the board.

Die Arminen have lost all three games this season and are languishing second from bottom in the league table. Eintracht Braunschweig are the only other team in the division without a point.

Bielefeld’s only saving grace has been the 7-1 drubbing of Engers in the DFB-Pokal cup last month. With the win, Uli Forte’s side sealed their place in the second round.

Hamburg, meanwhile, have collected six points in three league games, with a shock 1-0 loss to Hansa being the only anomaly. The Red Shorts also booked their place in the next round of the cup following a nervy 3-1 victory over Bayreuth.

Hamburg have won ten of their last 20 clashes with Bielefeld, who’ve beaten them the former only five times during this period.

However, their last two meetings have ended in draws. 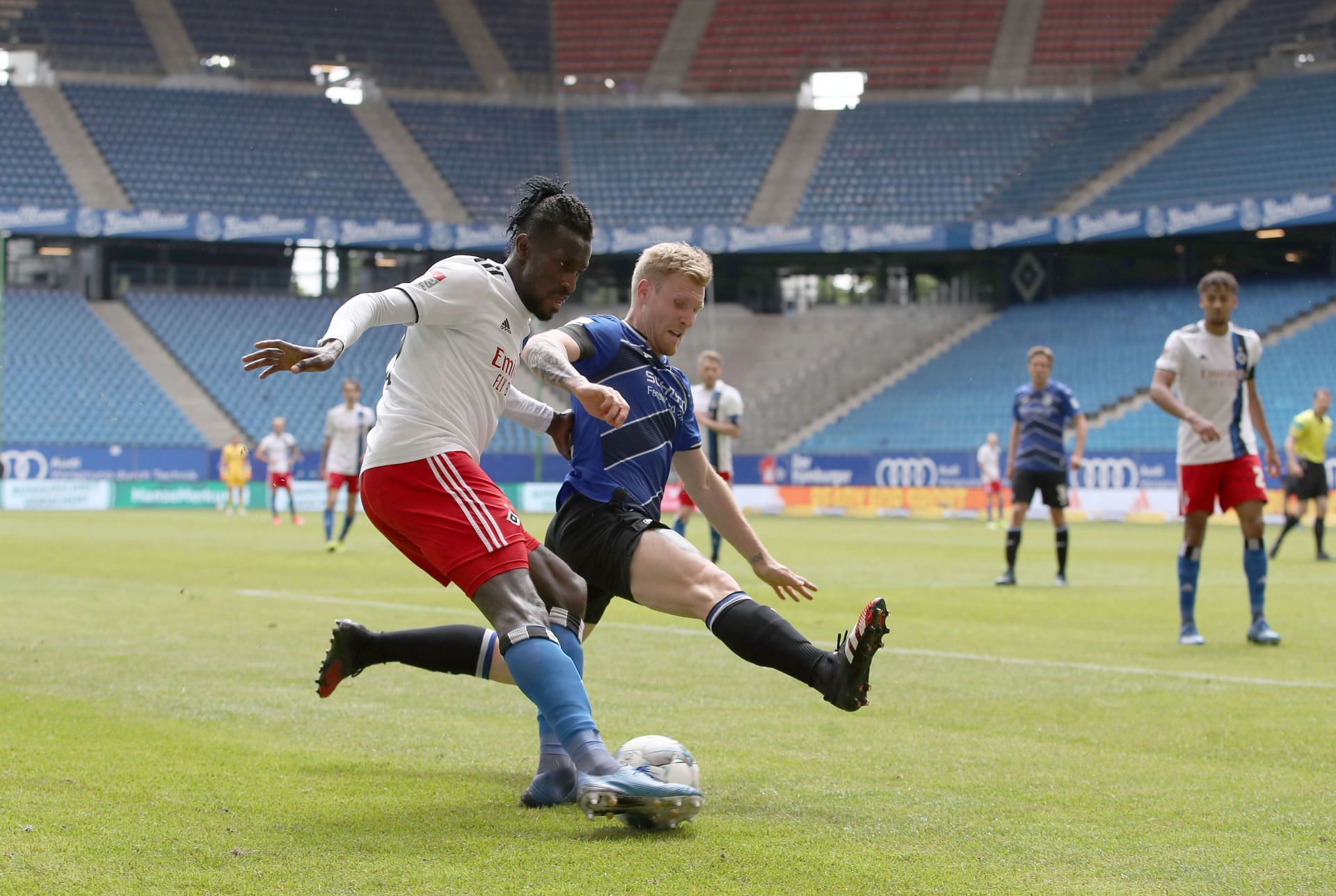 Manuel Prietl is the only injury concern for the hosts, as the midfielder is nursing a ligament issue. Florian Kruger is gunning for a start, although Janni Serra could keep his place in the XI after getting on target last weekend.

The Red Shorts are riddled with many casualties. Valon Zumberi, Elijah Krahn, Anssi Suhonen, Bakery Jatta and Xavier Amaechi are all sidelined. Manager Tim Walter isn’t expected to make too many chances to his XI that beat Heidenheim last weekend.

Hamburg have obviously been the better of the two teams so far, winning both away games of the season, scoring five goals. Arminia, meanwhile, have been poor in the league, which could continue against the in-form visitors.