In this article, we will cover the Atletico Ottawa vs HFX Wanderers fixture and everything you need to know about it. If you want to see more Canadian Premier League betting lines for future games, you can keep tabs on the latest articles on our website.

Let’s check out the best betting picks for the Atletico Ottawa vs HFX Wanderers match. All odds are from BetMGM and are subject to change, so double-check them before wagering.

Right now, Atletico Ottawa is in a better position in the CPL table with an eleven-point difference compared to HFX Wanderers. Also, Atletico Ottawa beat HFX Wanderers in two of the last five matches they played. If that isn’t enough, the hosts also have better form, with only two losses in the last five matches, while the guests won only one match out of their latest five games.

Injuries and Lineups Regarding Atletico Ottawa vs HFX Wanderers

There are no suspended or injured players on Atletico Ottawa’s roster right now, so they will be playing at 100% on Thursday. Abdoul Wahid Sissoko and Maxim Tissot should be careful because they have four yellow cards.

João Morelli is still the only injured player on HFX Wanderers’ roster, and they don’t have any suspended players now. Peter Schaale should be careful though because he already has four yellow cards.

Latest News and Event Preview for the Match

Atletico Ottawa is the favorite in this match-up for more than one reason, and we believe that they will prevail at the end. We also don’t think we will see that many goals scored during the match, just look at their latest games. 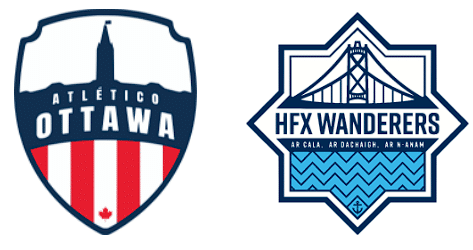 Popular Questions About the Fixture