The Cleveland Browns and Jacksonville Jaguars, two teams that are no strangers to controversy, will square off in preseason action Friday night. With that said, it’s a good time to check out our NFL preseason odds series, which includes our Browns-Jaguars prediction and pick we have laid out below.

The Browns, following an offseason of quarterback shakeup, will open their 2022 season with a ton of questions about the position. The team went 8-9 last season, losing four of their last six games to squash any hopes of a playoff spot.

The Jaguars are under a new regime, with head coach Doug Pederson coming in to relieve the Urban Meyer disaster. Trevor Lawrence needs to take a huge step forward in his second season for this team to improve. A 3-13 record rewarded the team with the first overall pick.

Here are the Browns-Jaguars NFL Preseason odds, courtesy of FanDuel.

Why The Browns Could Cover The Spread

Cleveland is in the most awkward position at the quarterback position. An offseason of turmoil surrounding incumbent Baker Mayfield culminated in the acquisition of Deshaun Watson, who is a walking controversy. Watson is slated to be the number one quarterback when he returns from his six-game suspension, with Mayfield filling in in the interim. Mayfield, himself a former number one pick, has been fine in his career, tossing 92 touchdowns in 60 career games. In good news, Nick Chubb is back, coming off a 2021 season with 1,259 rushing yards and nine total touchdowns. Newly drafted receiver David Bell, after a stellar college career at Purdue, should be the main target in this offense. 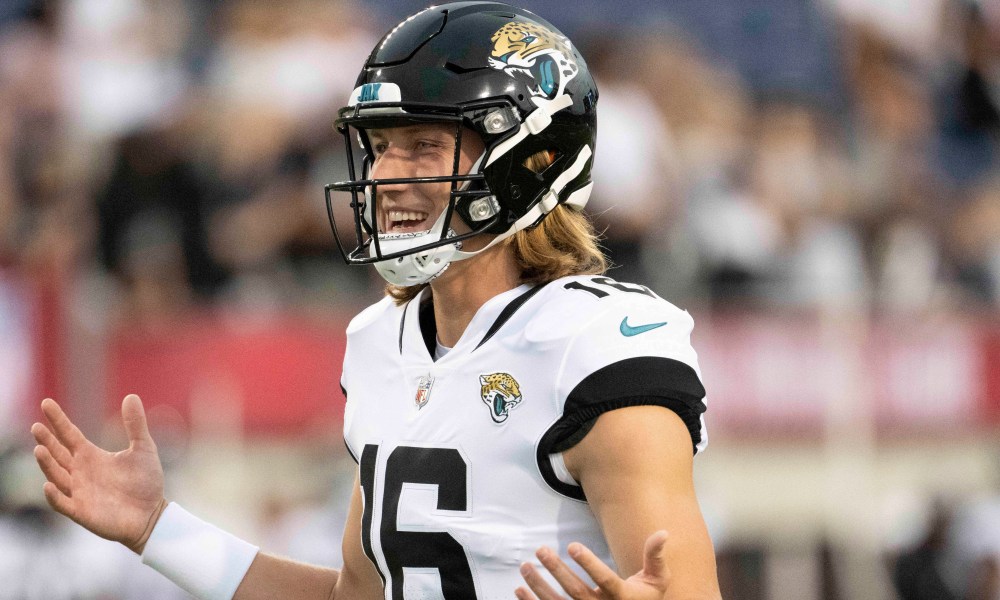 Cleveland’s defense was above-average last season, ranking 13th in the league with 21.8 points allowed per game. Anthony Walker led the team with 113 tackles in his first season with the team. Of course, mainstay Myles Garrett is back after registering 16 sacks in 2021. Garrett combined with Jadeveon Clowney (9 sacks) to form a lethal pass-rushing duo. Cleveland racked up 43 sacks as a team in 2021.

Why The Jaguars Could Cover The Spread

Let’s all forget about the 2021 Jaguars season. Now that this is taken care of, let’s take a look at the 2022 season. Trevor Lawrence, the first overall pick in 2021, is back after struggling in his rookie campaign. Lawrence tossed 12 touchdowns but also 17 interceptions. James Robinson is also returning, after 767 rushing yards in just 14 games. Also returning is last year’s leading receiver Marvin Jones, who racked up 832 receiving yards in his inaugural season in Jacksonville. After managing a league-worst 14.9 points per game in 2021, Jacksonville added Christian Kirk and Zay Jones to pair with Jones.

Not shocking considering their record, Jacksonville surrendered 26.9 points per game, the fifth-worst mark in the league. After registering 32 sacks in 2021, Jacksonville shocked some by drafting Trayvon Walker first overall. Walker is better known as a run-stopper compared to a pass rusher but should combine with Josh Allen to form a strong defensive line. Devin Lloyd, the second-round pick from Utah, will strengthen the linebacker core. The biggest weakness for this Jacksonville defense was the lack of playmakers, as they managed just seven interceptions in the 2021 season. More turnovers would go a long way to improving this defensive group.

This is going to be one odd preseason for both teams.