Week 2 of the NFL preseason continues on Saturday, August 20. The Washington Commanders travel to the midwest to take on the Kansas City Chiefs. Kickoff from Arrowhead Stadium in Kansas City is set for 4 p.m. ET on NFL Network.

The Commanders took a loss in the first week of the preseason to the Carolina Panthers. They were down 20-6, but rookie fifth-round pick Sam Howell fought back with his team to take the 21-20 lead. Unfortunately, the Panthers kicked a 45-yard field goal to win it with 24 seconds left, which sealed the Commanders’ fate. Washington starter Carson Wentz finished the game 10-13 for 74 yards and will likely see more game action this weekend. The surprise of the preseason so far has been Antonio Gibson, who only had four carries in the game and has been working on punt returns this week in practice.

Kansas City said, “Tyreek Hill who?” last game and took a step to show the rest of the NFL that the departure of Hill won’t have them taking a step back this season. They took a 14-0 lead into halftime but saw it disappear when their backups took over. The Chiefs ended up losing to the Chicago Bears 19-14. Mecole Hardman is banged up so keep an eye on rookie wide receiver Skyy Moore to try and take a step up. Also, see if safety Justin Reid gets to take any more extra point attempts.

Pick against the spread: Chiefs -4

If the typical preseason schedule is followed, this means that the starters for the Chiefs are likely to play the entire first half of the game. If that happens, they shouldn’t have any trouble covering the spread. Patrick Mahomes and company looked like they were firing on all cylinders, and Washington has their best running back fielding punts.

Both of these teams combined for more than 42 points in their respective games last week. Mahomes should help Kansas City get an early lead like last week. I’m not convinced that Wentz will be that great for Washington this season, but it looks like Howell will be able to put up some points of his own whenever he gets his shot off the bench.

CB Trent McDuffie: McDuffie played just nine snaps in coverage in preseason Week 1. He wasn’t targeted once during the game because his coverage was that airtight. Even against a stronger (and bigger) Commanders wide receiver group, I expect the rookie corner to have a nice day.

WR Josh Gordon: With JuJu Smith-Schuster and Mecole Hardman dealing with injuries in the last few days of training camp, Gordon has seen an increased number of repetitions with the first-team offense. He was one of the players who had a really strong week of practice after a forgettable preseason Week 1. I get the feeling that he’ll have some opportunities with the first-team and second-team in the upcoming preseason contest.

DE Malik Herring: Preseason Week 1 was Herring’s first game in more than a full calendar year and he managed to finish third on the team in tackles, with 0.5 sacks and a quarterback hit. I have a feeling that he’s only going to get more comfortable with time. A good performance could help him push for a spot on the 53-man roster.

CB Jaylen Watson: The second preseason game raises the stakes for many players sitting on the edge of making the regular season roster cut. Watson was a seventh-round selection in April’s NFL draft, so he will be looking to make an impact with his opportunity in front of the home crowd. The Chiefs have a young secondary, and Watson needs a big moment on Saturday to keep himself in good graces with the coaching staff.

DE George Karlaftis: Karlaftis turned heads after his impressive preseason debut against the Bears last week, securing his first NFL sack. The high motor and pass-rushing ability was showcased successfully, but should be turned up a notch in front of the electric Arrowhead Stadium crowd. The atmosphere in Kansas City will be a test for the rookie to feed off Chiefs fans and apply more pressure on the quarterback.

WR Skyy Moore: Moore didn’t have a shining moment in the endzone last week in Chicago, so he will be highly motivated to get into the endzone. Moore has heard just how electric Arrowhead Stadium can be, which should provide some extra motivation for a big performance. An opportunity to give the fans a preview of what’s to come will simply be too enticing for the Pennsylvania native to pass up.

WR Justin Watson: Watson has arguably been the hottest player on the Chiefs’ roster over the past week. In Saturday’s preseason game against the Chicago Bears Watson caught five passes, including a 22-yard touchdown. He’s made standout plays in almost every practice throughout training camp, flashing his impressive blend of size and speed. With fellow receivers JuJu Smith-Schuster and Mecole Hardman battling through some injuries, Watson has a chance to see a lot of snaps and continue to make a big impression on the coaching staff.

LB Leo Chenal: Last week against the Bears, Chenal led the Chiefs’ defense in tackles with seven, including two for loss. Not only was he impressive physically, but his command of the defense by calling plays and getting guys lined up was also equally as impressive. I’d like to see Chenal mixed in with the first-team defense a little more, and if he can turn in a similar performance this week he may get that chance in the future.

S Justin Reid: Reid gave Chiefs fans a small taste of his high-energy, hard-hitting style last week when he made an impressive open field tackle. The starters should get more playing time this week, and I want to see more of Reid flying around and laying the wood. Don’t sleep on his ball skills either, as he picked off two passes during Tuesday’s training camp practice. Speaking of Reid’s other skills, will he get another opportunity at an extra point or even a field goal in Saturday’s game? 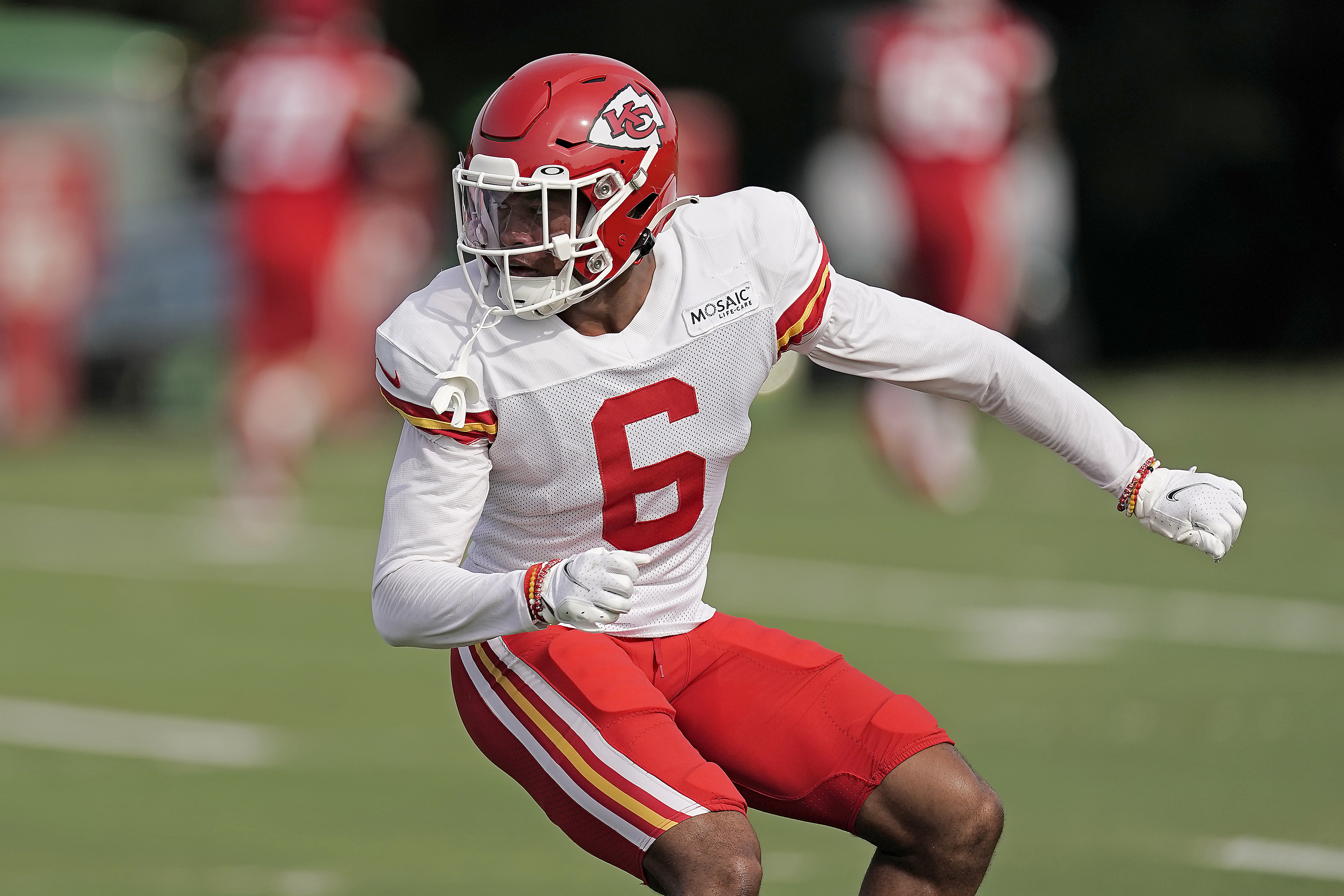 S Bryan Cook: The second-round rookie had three tackles against the Bears, including a nice play on punt coverage. Special teams will be where Cook should really shine thanks to his closing speed and big-hitting ability. I wouldn’t be surprised to see him make another special teams play against the Commanders.

LB Willie Gay: Gay wasn’t on the field for long, but his presence was felt when he was. It seems like Gay is due for a big breakout this season, with his training camp and preseason Week 1 performance as evidence. I bet he makes his presence known again this weekend against the Washington running game.

WR Daurice Fountain: With the No. 5 receiver spot all but locked up by Justin Watson, the final No. 6 spot is still up for grabs. Fountain seems to be the frontrunner based on his special teams ability and solid hands. I expect him to see plenty of playing time this weekend, and he’ll try to build on his three-catch, 24-yard performance from last week.