NBA Summer League 2022 action continues as the Detroit Pistons face off against the Indiana Pacers at Cox Pavilion on July 12th.

Coming off an impressive 105-99 win against the Washington Wizards, the Detroit Pistons stand undefeated in the Summer League. With a 2-0 record and an impressive young team, the Pistons will look to continue their winning streak.

Meanwhile, the Indiana Pacers haven’t been as fortunate. Coming off a 96-103 loss against the Sacramento Kings, the Pacers have fallen to 1-1 in the Summer League.

With the intent to prevent a losing slide, the Pacers will hope to hand the Pistons their first loss. 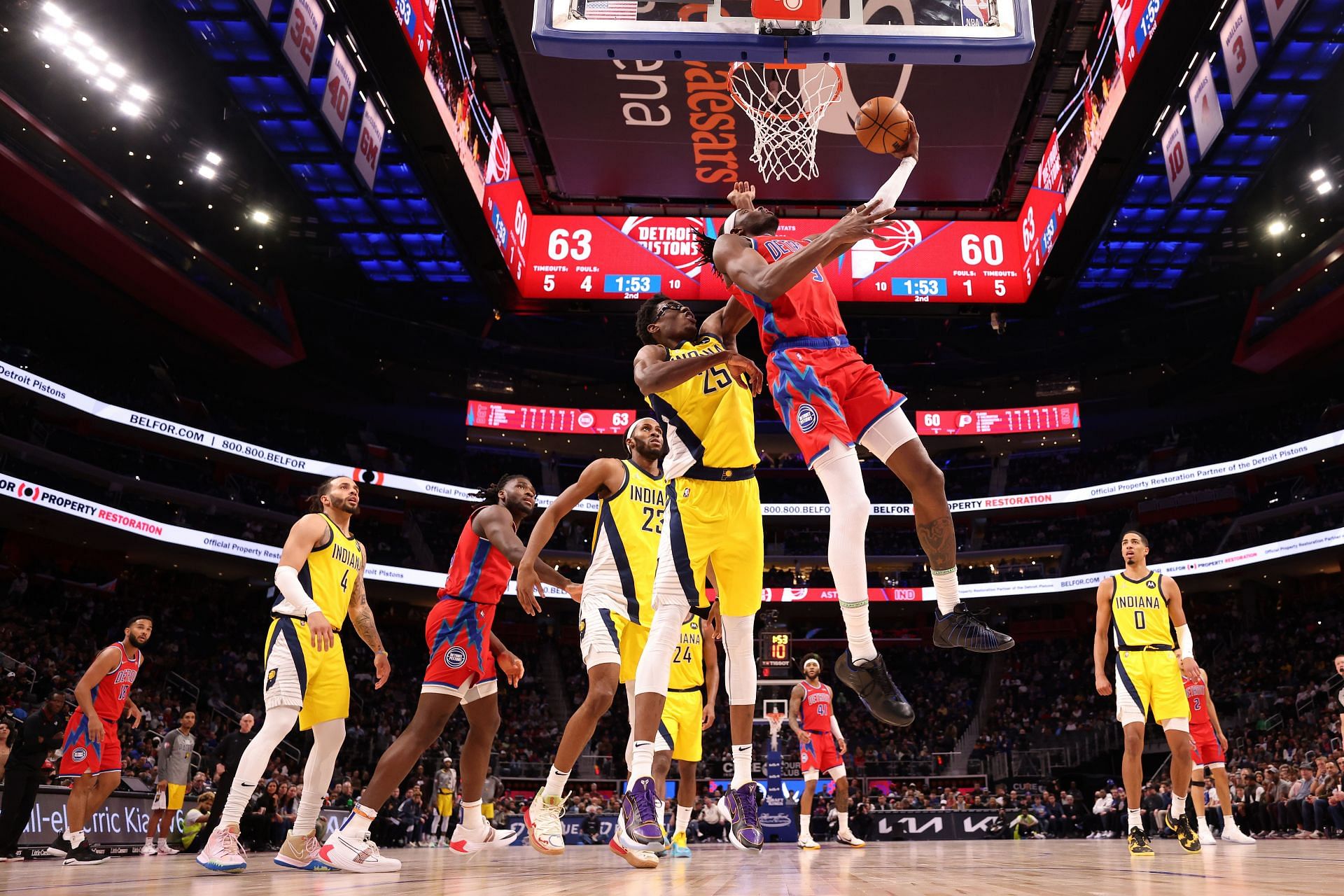 The Detroit Pistons are coming off an impressive performance in their second game in the Summer League. With a commanding win over the Washington Wizards, the Pistons remain undefeated.

Their record could be a product of their spectacular young core. Third-year player Isaiah Stewart continues to be a dominant force on the glass. However, the combination of the rookie pairing of Jalen Duren and Jaden Ivey has done wonders for Detroit’s offense.

Isaiah Livers had a massive performance in the previous game. Dropping 20 points to lead the scoring charge, the Pistons will also look to the sophomore as a driving force in the next game.

The key player for the Detroit Pistons in this game could be Jaden Ivey. The guard has placed himself in an ideal spot with the Pistons.

Leading the backcourt, Ivey started the Summer League off with a spark. The guard has shown tremendous court awareness and flair when connecting on an alley-oop with big man Jalen Duren.

Jaden Ivey had an incandescent start in the previous game. Notching 11 points and two assists in just five minutes of playing time, Ivey looked unstoppable before leaving the game with an injury.

Fortunately, he should be ready to go in the upcoming game.

The Indiana Pacers are coming off a tough loss against the Sacramento Kings. The Pacers showed their flaws when facing up against one of the best all-around Summer League squads.

Indiana’s roster isn’t graced with a lot of familiar faces. Apart from names such as Duane Washington Jr. and Isaiah Jackson, the Pacers look like a relatively lackluster team.

However, Indiana does have a rising star in its midst with Bennedict Mathurin. The No.6 pick in the draft had a rather mediocre showing against the Kings.

Bennedict Mathurin will be an essential force for the Indiana Pacers in the upcoming game. Having led the offensive charge against the Kings, Indiana will hope to see the young guard make an impact against Detroit.

Mathurin is coming off a decent performance of 15 points and three rebounds. Mathurin shot only 37.5% from the field and a disappointing 40% from the free-throw line.

Expected to be the offense’s focal point, the guard could be due for a massive scoring game against Detroit.

The Pistons should come away with a win against the Pacers.

Detroit has enjoyed some success in the Summer League. Their success is primarily a product of their core. Meanwhile, the Pacers have seemed slightly out of sorts as they come off their last loss.

While the Pacers have some impressive pieces on their roster, Detroit is a more balanced team. While additionally considering the length and defensive execution, the Pistons may be able to stifle Indiana.

Where to watch Pistons vs. Pacers game?

The game will be available on the NBA’s League Pass platform.