Dubai to host HEXAGONE 4 MMA bouts on Sunday Live Below.

Some of the best mixed martial arts stars will be in action when the HEXAGONE 4 takes place in Dubai on Sunday.

Following three successful events in France since its inception in July 2021, HEXAGONE MMA, the fastest growing mixed martial arts (MMA) promotion in Europe, has chosen Dubai as its first stop on its 2022-2023 season.

Some of the best mixed martial arts stars will be in action when the HEXAGONE 4 takes place in Dubai on Sunday, August 28.

The institution also unveiled the Fight Card for this “historic” edition, which will see not one but two world champions crowned. A double tournament will take place in Dubai: an Under 52kg World Championship between Mona Ftouhi (France/Tunisia) and Alana Sousa (Brazil) as well as a Co-Main Event between Marie Loiseau (France) and Eleni Mytilinaki (Greece) for the HEXAGONE MMA Under 61kg World Champion title. The event will take place at the AB Fitness Hall in Dubai from 8pm local time.

Unlike Dubai and the UAE which have been holding world-class MMA shows since 2010, the history of the sport is very nascent in France, where legislation of the sport has only eased in the past few years to allow for live shows in the country.

HEXAGONE MMA capitalised on the market opportunity to cultivate a strong following to host sold-out shows in prestigious venues like the La Defense Arena (Europe’s largest indoor venue) and Zenith Arena in Paris, and will now be the first French MMA promotion to expand its reach with multiple shows scheduled in Dubai in the coming year, as well as an international expansion through Europe and the Middle East with shows in Germany.

Co-founder Laurent Pourrut said Dubai was an obvious choice for expansion in partnership with David John. 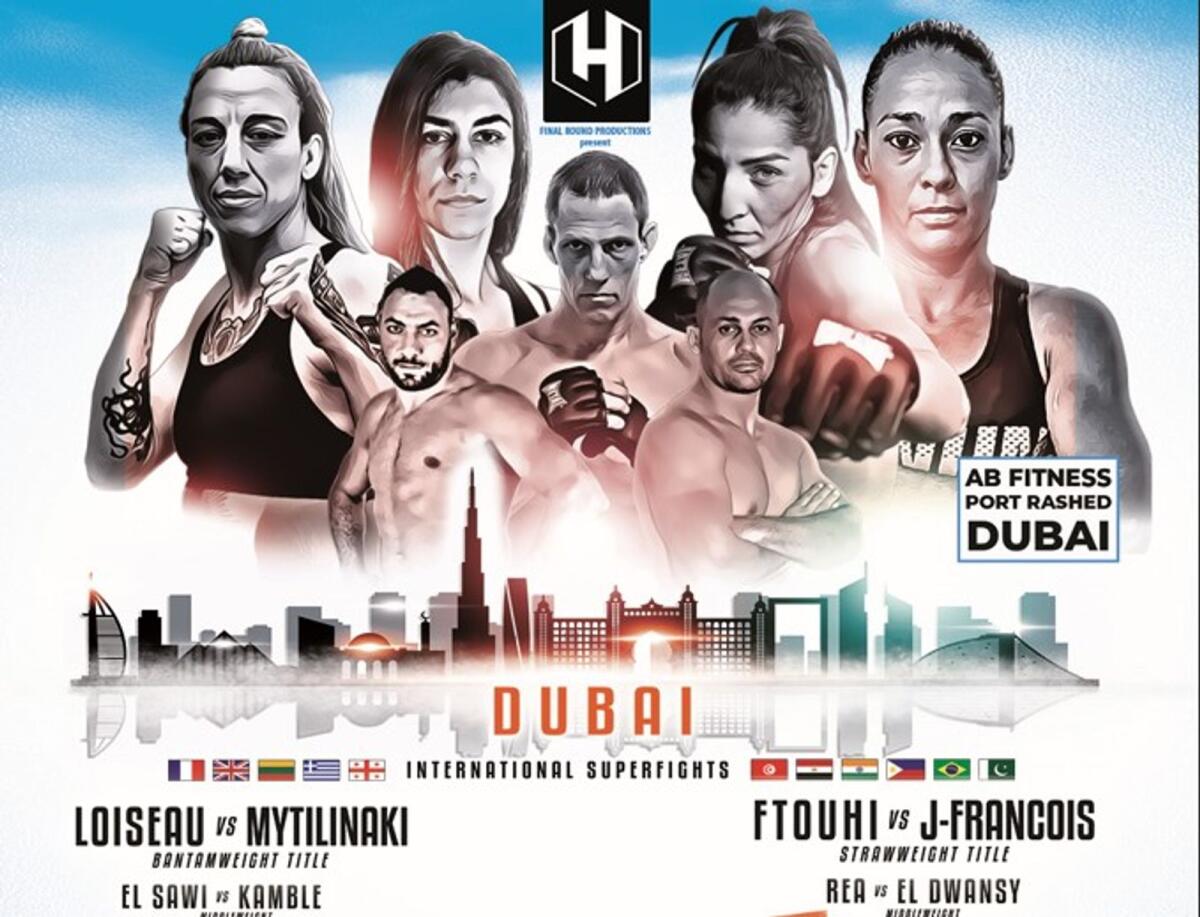 “Dubai being the entertainment destination for Europeans, as Las Vegas is for the Americas, it seemed obvious to us to export HEXAGONE MMA to Dubai, for its first date outside France. This event will introduce the premium form of world-class entertainment that HEXAGONE MMA produces to 60 million homes across Europe, Middle East and Africa,” Pourrut said.

The HEXAGONE 4 event will feature 10 fights featuring international athletes on the night, with two women’s world championships on the line.

In the main event, French-Tunisian Mona Ftouhi will challenge for the women’s strawweight world championship title against Alana Sousa of Brazil.

The co-main event will be a women’s bantamweight world championship bout between France’s Marie Loiseau and Greece’s Elena Mytilinaki.

It is the organisation’s philosophy to provide female athletes the same opportunity and exposure afforded to their male counterparts, and the crowning of two female world champions will be a statement of intent.