With Philly’s starters likely on ice in Cleveland, the Eagles will turn to their swashbuckling backup, Gardner Minshew, vs. the Browns. Minshew & Co. is a helluva lot better than what the Browns have under center, as our picks highlight.

The preseason rolls on as the Cleveland Browns host the Philadelphia Eagles for Week 2.

With only a few short weeks left before the return of meaningful football games, fans must get by on preseason action alone. The Eagles and Browns will face off as the lone afternoon game on Sunday, so the game figures to draw plenty of viewers.

Check out our NFL picks and predictions for the Eagles and Browns on Sunday, August 20.

The Philadelphia Eagles (0-1) and Cleveland Browns (1-0) meet in preseason action Sunday. Kickoff from FirstEnergy Stadium is scheduled for 1 p.m. ET (NFL Network). Below, we analyze Tipico Sportsbook‘s lines around the Eagles vs. Browns odds, and make our best NFL picks, predictions and bets.

In their preseason opening 24-21 home loss, the Eagles reserves were outscored by the Jets reserves 21-7 in the second half. Philly’s starters were solid as the Eagles led 14-0 after 1 quarter and 14-3 at the break. 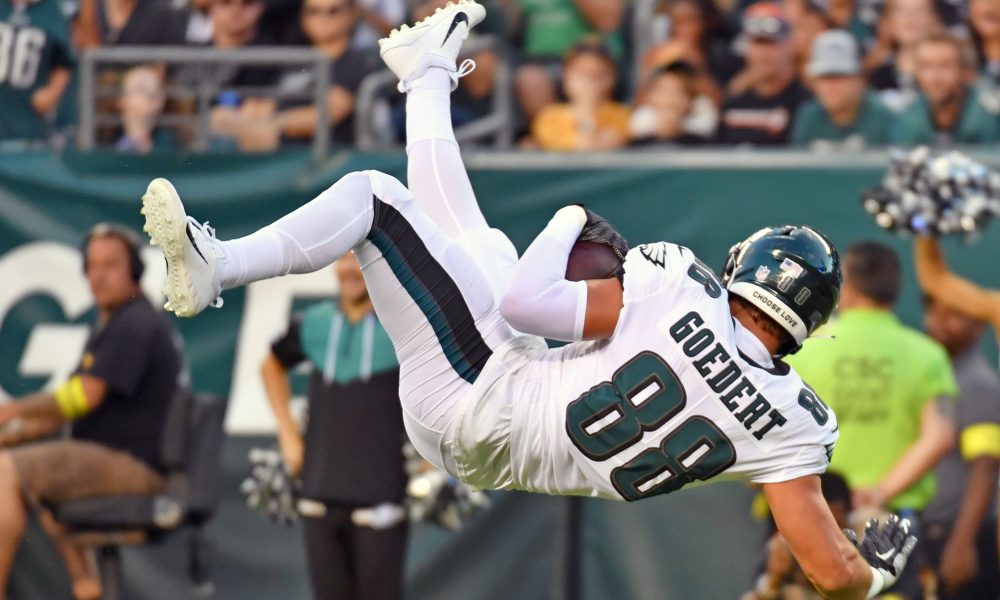 Cleveland went on the road last week and topped Jacksonville 24-13. The Browns didn’t use many starters, including top RBs Nick Chubb and Kareem Hunt.

Embattled QB Deshaun Watson did start, completing just 1 of 5 passes for 7 yards. After falling behind 13-0 early in the second quarter, the Browns rattled off 24 unanswered points, including a pick-6 in the final minute of the 1st half.

After the NFL and the NFL Players Association agreed on an 11-game suspension for Watson midweek, Brown coach Kevin Stefanski announced that Watson will not play the final 2 preseason games. So, expect to see a lot of QBs Jacoby Brissett, Josh Dobbs and Josh Rosen Sunday.