Ferencvaros vs. Shamrock Rovers Live Match and Status Below.

Shamrock Rovers square off against Ferencvaros in the first leg of their Europa League playoff tie on Thursday night.

While whoever loses this two-legged contest will drop into the Europa Conference League, both teams will be focused on trying to earn a rare spot in the group stages of European football’s secondary competition.

Ten years have come and gone since Shamrock Rovers last tasted the group stages of a European competition, the Irish side thrillingly overcoming Partizan Belgrade in the Europa League playoff round before participating in six further fixtures.

Those subsequent games against Tottenham Hotspur, Rubin Kazan and PAOK all ended in defeat, but their success over Shkupi earlier this month means that they are guaranteed a further eight European games this campaign.

Stephen Bradley and his Rovers players would prefer it to be in the Europa League, but the pressure is off with the Europa Conference League already secured as a backup.

At a time when they also sit four points clear at the top of the League Of Ireland Premier Division with a game in hand, things could not be much better for Shamrock at this stage of the season.

However, this group of players, who have already won the last two league titles, have a shot at creating a legacy for themselves in what will prove to be a testing, yet winnable, tie.

Since the start of July, Ferencvaros have been attempting to qualify for the Champions League group stages, the Hungarian outfit coming through two ties before coming up against Qarabag.

On paper, that felt like a 50-50 tie and remained so with the score locked at 1-1 ahead of the second leg at Ferencvaros, but Qarabag dominated to earn a surprise 3-1 triumph on away territory.

Stanislav Cherchesov‘s side are now in a position where they need to regroup, and they did just that by thrashing Fehervar by a 4-0 scoreline on the domestic scene at the weekend.

The Green Eagles have opened with two wins and clean sheets in the top flight, but they have suffered defeat in their most recent two home fixtures in Europe.

Cherchesov may be prepared to select much of the Ferencvaros XI which blitzed Fehervar at the weekend.

Three of their four goals came from their attack-minded players, but Franck Boli is in contention for a recall given that he netted as a substitute and has started the club’s previous European fixtures this campaign.

Rasmus Thelander came off injured during the first half on Sunday and could miss this fixture.

Although he made alterations for Friday’s league fixture with Derry City, Bradley could revert to a back three, like he did for the second leg versus Shkupi.

However, winger Aidomo Emakhu came off the substitutes’ bench to score in Macedonia, and may be considered for a start on Thursday. 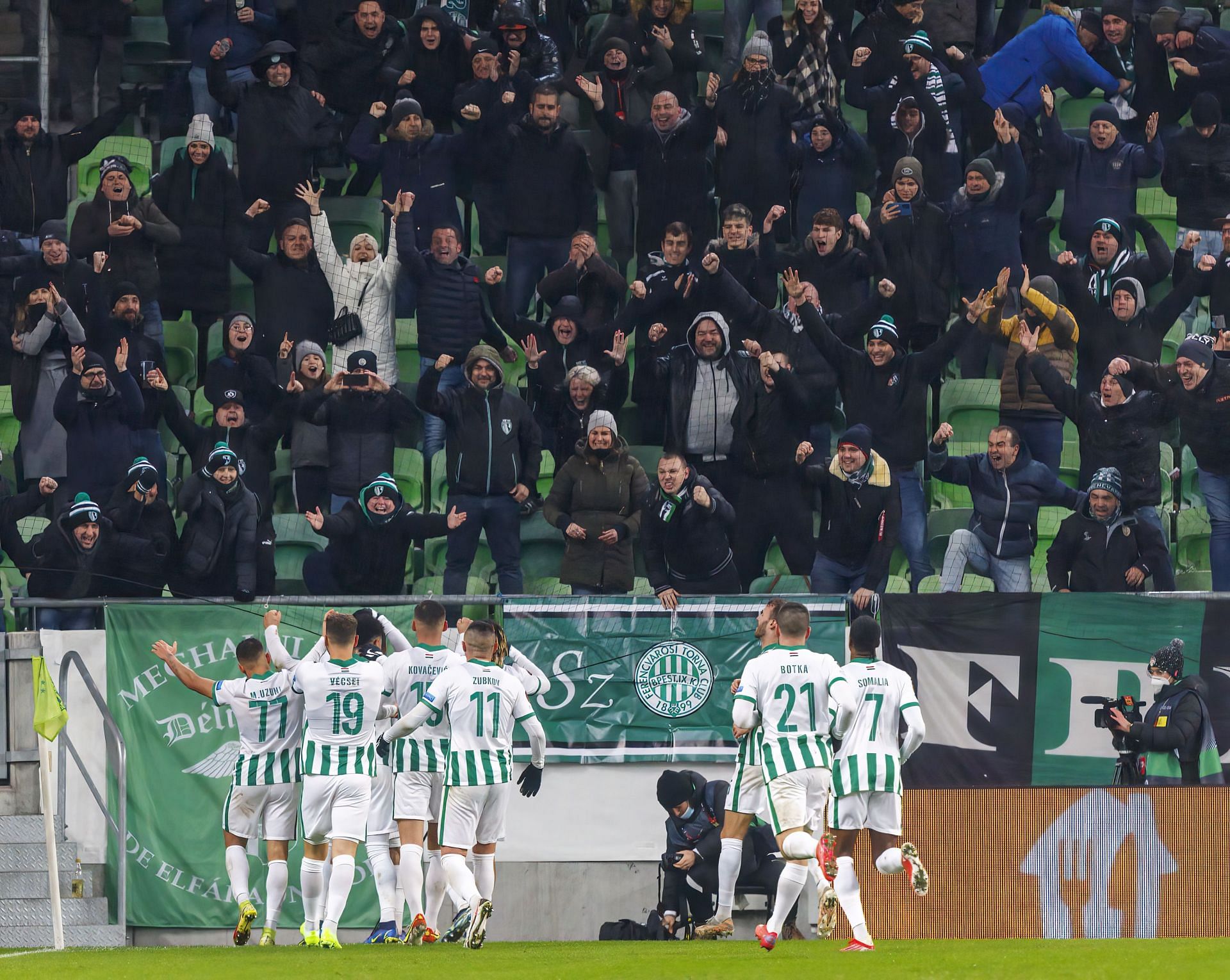 This will be the first-ever meeting between the sides, who will both be looking to kick off their rivalry on a high and place one foot in the Europa League group stages.

Barring any late fitness issues, Ferencváros head into the game with a clean bill of health and no suspension concerns.

The Irish outfit will be without Roberto Lopes, who is currently recuperating from a knee injury.

Off the back of an emphatic 4-0 win over Fehérvár FC, Ferencváros will head into Thursday’s game with sky-high confidence. We are backing them to claim a slender victory with the home fans cheering them on.