The Los Angeles Rams and Los Angeles Chargers open their preseason slates on Saturday at SoFi Stadium. Kickoff is set for 10 p.m. ET

Fans will finally get their first taste of LA Chargers football on Saturday as the team takes on the LA Rams in the first preseason game of the year for either side. While training camp has been great thus far, it is better to see some of these guys out there on the field in game-time situations.

Granted, neither team is likely going to play many of their starters. Brandon Staley and co. were very cautious with playing their starters during the preseason last year and that is going to be the same case this year. Some fringe starters will play in this game but do not expect any of the big-name players to play.

It can be hard to put a line on a preseason game when the end result does not really matter but that did not stop our friends over at WynnBET. Despite the Rams winning the Super Bowl last season, the Chargers are actually the favorites in this game, coming in as +3.5 against the spread.

This makes the Chargers a -175 moneyline favorite while the Rams check in as a +145 underdog. Meanwhile, the over/under for the game has been set at 30 points, with extra juice on the under at -120. The current line on the over is +100. 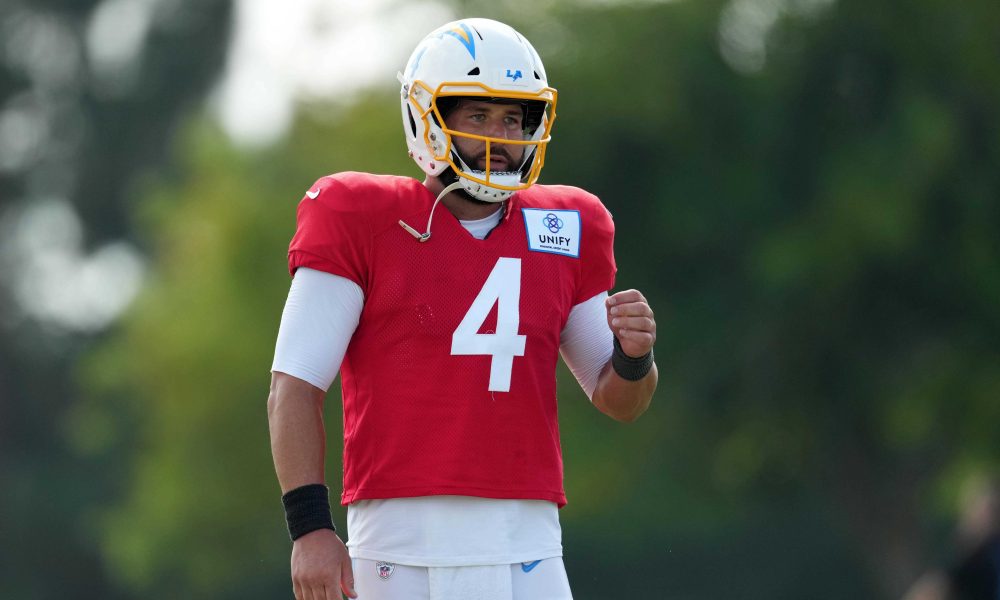 Just as a rule of thumb, if you really do want to throw something on the spread of this game, I would always take the team that is getting points. For that reason, I would bet Rams +3.5, but that is not the part of this game I would be targeting.

Instead, I would focus on the point total. While 30 points is an astronomically low total and might entice you to bet the over, I would personally take under 30 points.

We know that the Chargers have a deeper defense with backend roster talent that is standing out and we also know that the QB duo of Chase Daniel and Easton Stick (who will play most of this game) is not great. The Chargers likely are not going to score a lot of points and the defense will keep the Rams from scoring.

With Brandon Staley also likely being more focused on special teams compared to going for it on fourth downs, we will see more punts and field goal attempts in this game.

MUST-READ: The roster mistake the Chargers must avoid making

Again, 30 is such a low number but it is simply trying to bait you into taking the over. If you are going to bet anything in this game, I would bet under 30 points.

The Rams are technically the road team in this game, but the defending Super Bowl champions will be right at home at SoFi Stadium — their home field and the site of their Super Bowl win in February.

Under head coach Sean McVay, the Rams don’t play their starters in the preseason, so don’t expect to see QB Matthew Stafford, WR Cooper Kupp, DT Aaron Donald or CB Jalen Ramsey. Instead, McVay will use these games to evaluate his younger players at the expense of meaningless wins; the Rams went 0-3 in the preseason last year.

Chargers coach Brandon Staley will take a similar approach. He’s likely going to rest most of his starters too, giving rookies and unproven players a chance to make a name for themselves at SoFi Stadium. The Chargers scored the second-fewest points (23) in the preseason last year, resting QB Justin Herbert and other top players for all 3 contests.