Vera vs. Cruz could lead the winner within one or two fights of a UFC bantamweight title shot

Marlon Vera is on the verge of his first UFC bantamweight title fight; Dominick Cruz journeys to the mountaintop for the fourth time. Vera vs. Cruz headlines UFC Fight Night as the promotion stops in San Diego, California, on Saturday night.

Vera (19-7-1) is eyeing the throne and has no intentions of falling short to another former champion. “Chito” endeared himself to MMA fans with his no-nonsense attitude and all-action approach. That cold-blooded personality was the perfect foil to Sean O’Malley’s brash charisma in 2020. A first-round TKO over O’Malley earned Vera a significant fight against former UFC featherweight champion and legend Jose Aldo. Vera fell short that night, but he has since rebuilt his momentum with eye-opening performances against Davey Grant, Frankie Edgar and Rob Font. Vera, brimming with confidence, approaches the Cruz fight with the same perspective that has served him thus far. 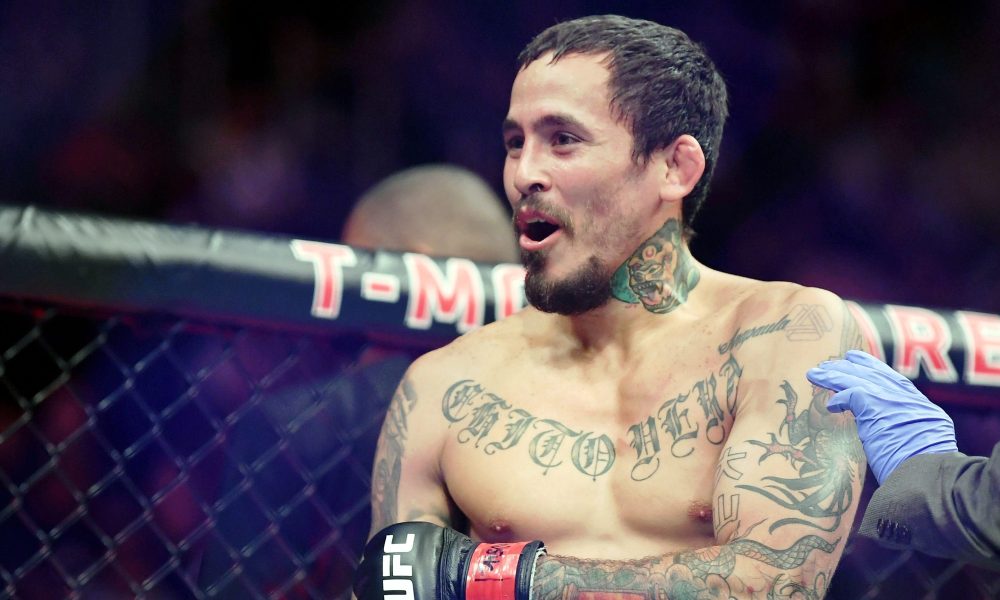 Cruz (24-3) is always on the comeback. The inaugural UFC bantamweight champion gets to fight in front of his hometown on Saturday night for the first time since 2009. After returning in 2020 to challenge Henry Cejudo for the title when most thought the veteran had retired in 2016 because of injuries, Cruz has looked good enough to contend in the loaded division. A pair of wins over Casey Kenney and Pedro Munhoz has Cruz thinking he get reach title contention once more.

“I can honestly say that I made the 20s really hard on myself with decision making, with mind, with thought process, with the stress,” Cruz told reporters at Wednesday’s media day. “I’ve heard a lot that I seem calmer in interviews. I think that’s just because of the maturity of living life and having wins and losses and learning how to be more grateful for things instead of attaching to things. That’s really helped me keep from getting hurt, too, is the mindset. You can manifest a lot of injuries just by being stressed.

“Why would I do this if I wasn’t gunning for a championship?” 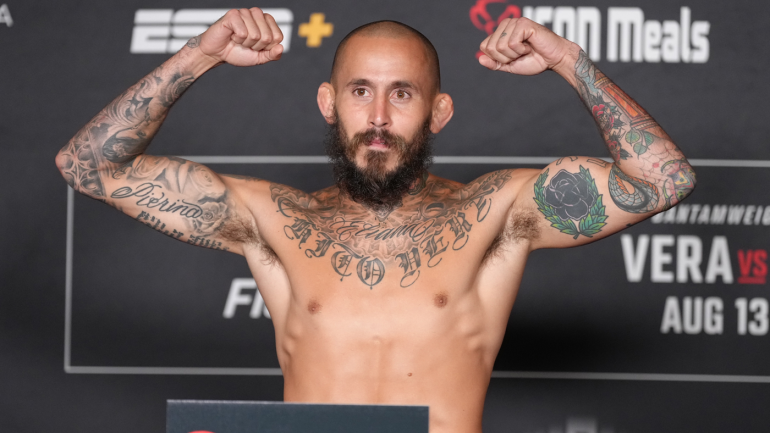 Elsewhere on the card, expectations are high for featherweight David Onama in the co-main event. Onama (10-1) bounced back from a debut loss to Mason Jones in major ways. A first-round TKO of Gabriel Benitez and second-round submission over Garrett Armfield renewed faith in his potential. Up next is the eclectic Nate Landwehr on the heels of an anaconda choke submission over Ľudovít Klein in October.

Plus, women’s veterans are back in a featured bout when Cynthia Calvillo and Nina Nunes meet at flyweight. Calvillo has fallen on hard times since debuting with a long winning streak. The native of San Jose has lost three straight bout, including two by knockout. Now, she looks to right the ship against Nunes, who herself has lost two straight after ripping off four straight wins.

Marlon Vera vs. Dominick Cruz: Vera deals in violence all the time. That is evident following a five-round drubbing of Rob Font and a third-round, highlight-reel knockout of Frankie Edgar. Cruz’s unique elusiveness has remained viable 16 years after his professional debut. It may not be as potent as it once was, but the veteran can still outpoint meaningful opposition. Their styles are reflected in their pro-records. Vera leads with a 56% finish rate to Cruz’s 23% in 27 fights each. An aging Frankie Edgar took an early lead against “Chito” before Vera turned the tide late in Round 2. Font had his most successful round in the first. A five-round fight benefits Vera. His power carries late and 25-minutes gives him ample time to pick up on Cruz’s troublesome patterns. Cruz deserves serious applause for battling back from so many injuries and still competing at a respectable level. He can certainly fluster Vera for the majority of five rounds. The challenge will be in hitting Vera with enough force to deter the Ecuadorian fighter from advancing. Wins over Munhoz and Kenney were impressive but competitive enough to question how far he can take this latest run. Vera via TKO4