The New York Giants and the New York Jets will play their final preseason game on Sunday afternoon in their annual clash. With that said, it’s a good time to check out our NFL preseason odds series, which includes our Giants-Jets prediction and pick we have laid out below.

The New York Giants have agonized their fan base for far too long now, going 4-13 in 2021. A new head coach in Brian Daboll brings some optimism, but other recent changes have not gone over as well as anticipated. Still, there is hope in the new season, and as long as every team starts 0-0, there is a reasonable amount of hope surrounding them.

The New York Jets have not been any better than their stadium-mates, also going 4-13 in 2021. So how is there more optimism surrounding this team? The easy answer is young quarterback Zach Wilson, who makes headlines both on and off the field. There is some legitimate talent on this roster, but then again, this is still the New York Jets we are talking about here.

Why The Giants Could Cover The Spread

New York has a unique talent at quarterback in Daniel Jones. Jones was only healthy for 11 games last season, and the offense was a lost cause in those games, but not all blame can be placed on Jones. The turnover issues that plagued his rookie campaign seem to be under control, as Jones has thrown 45 touchdowns to 29 interceptions in his 38 career games. Jones fumbled 19 times as a rookie, but just 17 times in the last two seasons combined. Jones is a true scrambling threat, totaling 1,000 career rushing yards. Saquon Barkley should be better as he moves further away from a horrific 2020 injury. Barkley returned to run for 539 yards in 13 games last season. Sterling Shepard should be back early in the season, with Kadarius Toney and rookie Wan’Dale Robinson ready to play big roles in the receiving game. Daniel Bellinger, drafted in the fourth round, has been given the inside track to the tight end position. 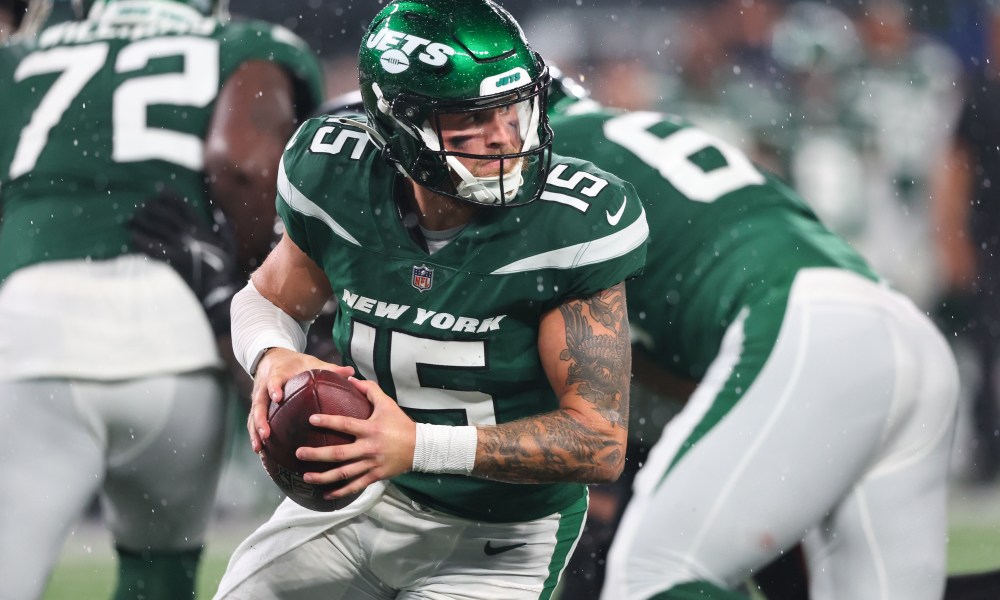 Defensively, New York was not very good last season, allowing 24.5 points per game. The team registered only 34 sacks last season, and are enduring injuries to multiple key players along the defensive line. The secondary was solid, intercepting 15 passes a year ago. Xavier McKinney is entering his third season and led the team with five picks in 2021. New defensive coordinator Don “Wink” Martindale will look to inject some life into this group.

Why The Jets Could Cover The Spread

Even without Zach Wilson, this offense will be in good hands with Joe Flacco. Flacco saw a brief time with the Jets last year and did not throw an interception in his 42 pass attempts. More indicative of the talent around him, Flacco is 0-5 across two seasons as a New York Jet. Michael Carter had a solid rookie season, totaling 639 rushing yards across 14 games. Elijah Moore got off to an inconspicuous start as a rookie but should be ready to take a step forward for this offense. Braxton Berrios is also a solid slot option, coming off an All-Pro season as a returner. New tight end CJ Uzomah is another big target for Wilson and Flacco. Rookie Garrett Wilson should see a pretty large role in the offense, especially with the recent Denzel Mims drama.

New York’s defense was downright horrific, ranking last in the league in points allowed. Any improvement there would be considered a victory. Fourth overall pick Ahmad “Sauce” Gardner will be counted on to help improve the secondary, and Jermaine Johnson, the team’s third and final first-round pick, will look to form a strong duo with Carl Lawson along the defensive line.