Pachuca vs Club America Live Match and Live Status Below.

Pachuca will entertain Club America at the Estadio Hidalgo in their upcoming Liga MX Apertura fixture on Wednesday.

Both teams are undefeated in their last two games, with the hosts returning to winning ways with a 2-0 home win over Tigres UANL in a top-of-the-table clash last week. Nicolas Ibañez bagged a brace after Jesús Angulo was sent off in the 14th minute.

Club America have made it two wins in a row and can make it three on the spin here. They secured a comfortable 3-0 win over Pumas UNAM on Saturday as they continued their rise in the league standings.

The two rivals have met 64 times across all competitions. The hosts have been the better side in this fixture with 26 wins to their name and are also undefeated in their last four games against the capital club.

America have been able to defeat Los Tuzos 21 times while 17 games have ended in draws. This will be the fourth meeting between them this year, with one game ending in a draw and the hosts securing two wins.

Javier Eduardo López has not made his debut for the club despite signing for them almost a month ago. His involvement in the game is doubtful. Oscar Murillo served his one-game suspension for a red card against Guadalajara and is available for selection here. 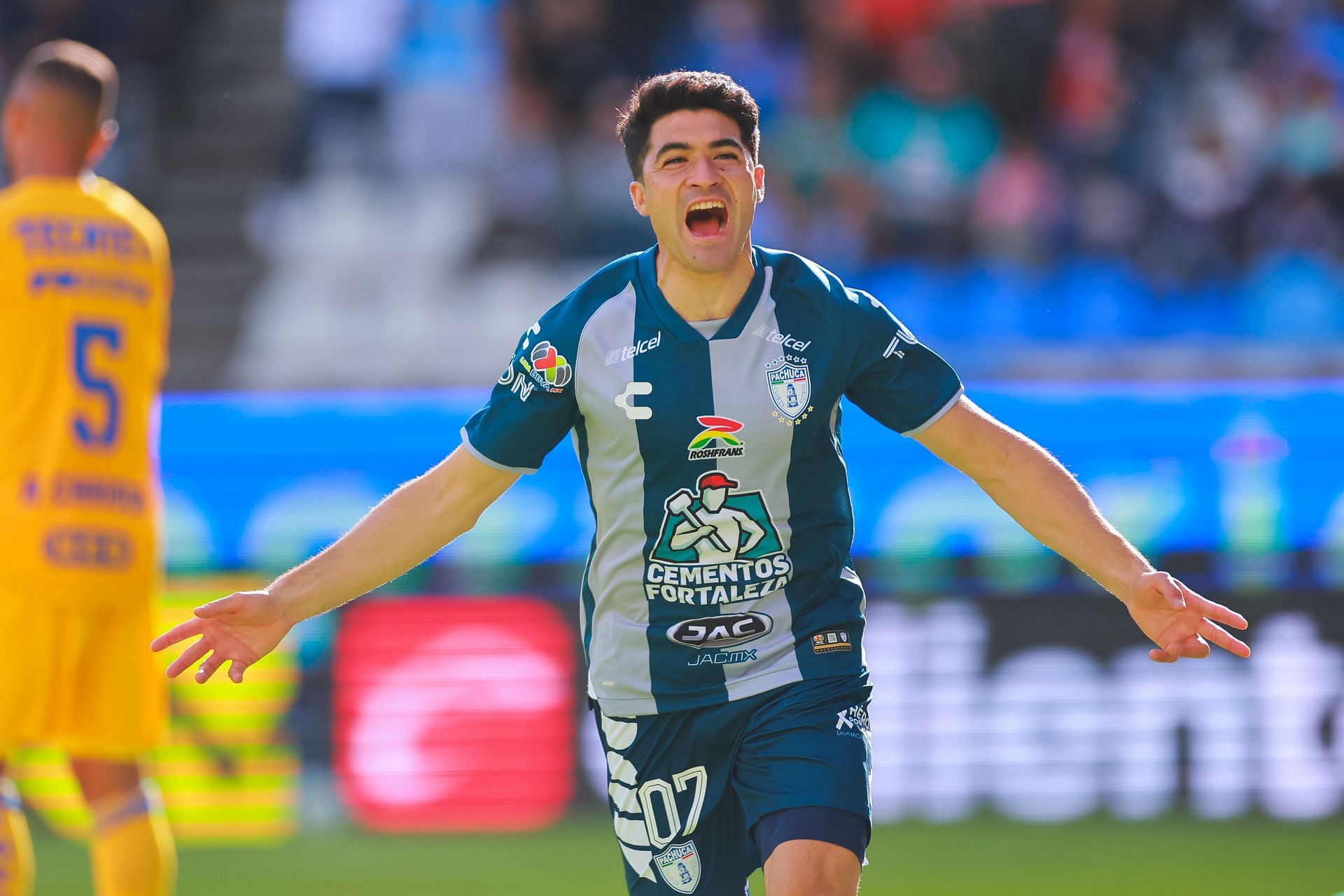 Roger Martinez has shown some progress in his recovery from a thigh injury but will sit this one out.

Defense has been a strong point for the hosts and they boast the best defensive record in the league, conceding just four goals in seven games thus far. They also have three clean sheets in their last four games. With just seven goals to their name, they have struggled a bit in the final third, failing to score in three of their last four games.

Las Águilas will travel to Hidalgo with two back-to-back wins to their name, but Pachuca are undefeated at home this term and their recent record against the visitors also gives them an advantage. We back them to eke out a narrow win.