This Wednesday the (64-51) Philadelphia Phillies and the (45-69) Cincinnati Reds will play their final game of this three-game series. The first pitch will be thrown out at 12:35 PM EST inside the Great American Ball Park. The Phillies were able to squeak out a win in the first game of the series, as they kept the Reds off the base paths for the majority of the game. Their pitching also came up clutch in the final two innings.

The Philadelphia Phillies are coming into this one after losing their previous series to the New York Mets. The Phillies struggled at the dish in that one, as they failed to score a run in game two or three. They have to be better at the plate if they want to avoid dropping a game to the Reds.

The Cincinnati Reds are entering this one after losing their previous series to the Chicago Cubs. The Reds have now lost six of their last seven games, as they haven’t been strong on the mound over the past two weeks. They allowed 16 combined runs to the Cubs in their last three-game series.

The Phillies Can’t Afford to Lose

The Philadelphia Phillies struggled in their last series against the Mets, but they are still (7-3) in their last 10 games. They are also still in the second NL Wild Card spot, as they still have a 2.5-game lead over the Milwaukee Brewers. They also have a .5 game lead over the Padres. They need to keep up their strong play if they want to avoid dropping out of the Wild Card race. At the plate, the Phillies are scoring 4.68 runs per game and they are hitting .249 as a team. This is the seventh most runs scored per game and the 11th highest overall team batting average. They are scoring multiple different ways and consistently reaching base safely. Philadelphia has also shown that they aren’t one-dimensional, as they have a ton of power littered throughout their lineup. They are hitting 1.31 home runs per game, which is the sixth most in the MLB. They can stack runs very quickly, as they can string together base hits, or clear the bases with a moonshot over the outfield walls. I also expect them to stay aggressive once they have reached base safely. They have already stolen 77 bases this season, which is the fourth most. They will do whatever it takes to push their base runners into scoring position, as their batting lineup has been clutch with men in scoring position. 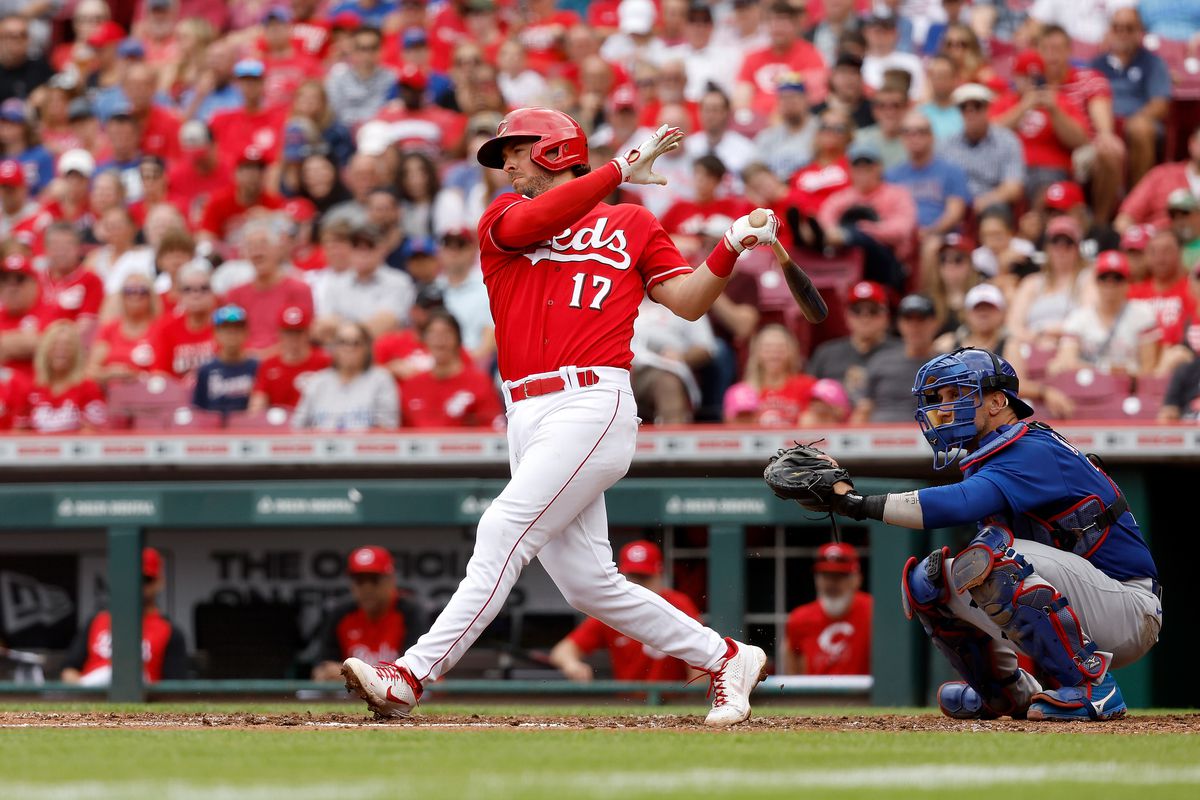 According to MLB.com, the Phillies will be starting Ranger Suarez on the mound. He has been decent this season, as he is (8-5) with a 3.52 ERA and a 1.32 WHIP. Reaching base consistently against him is difficult, as he has been on top of his game as of late. In his last start, he pitched for 7.0 innings, but only gave up three hits and one earned run. He completely shut down the Mets, as they couldn’t get anything going at the plate against Suarez. He has also been a beast on the road this season, as he is (6-1) with a 2.69 ERA. The Phillies bullpen has also been solid as of late, as they are allowing the 16th least amount of runs per game. If Suarez can’t pitch deep into this game, Philadelphia’s bullpen should keep them in this one. As a team, they are allowing 4.08 runs per game, which is the eighth least in the league. Scoring on the Phillies is no easy task, but multiple teams have shown that it is possible.

The Reds Can’t Heat Up

The Cincinnati Reds are now (3-7) in their last 10, as their poor play has continued to take them out of the NL Wild Card Race. They are now 18.0 games behind the Padres for the third and final Wild Card spot, as they will need to get extremely hot if they want any chance at playing in the postseason. At the plate, the Reds are currently scoring 4.32 runs per game and they are hitting .239 as a team. This is the 19th least amount of runs scored per game and the 19th lowest overall team batting average. They have struggled to consistently reach base, as they aren’t giving themselves enough opportunities to score. The Reds are also staying stagnant at the plate, as they continue to watch strikes fly by them. They are striking out 20.5% of the time against left-handed pitchers, as they aren’t reaching base consistently enough to challenge their opponents. Cincinnati also has very little power inside their lineup, as they are only hitting .94 home runs per game. This is the 20th lowest average in the league, as it takes a lot for them to score. I also expect the Reds to stay conservative once they have reached base safely. They have only stolen 46 bases this season, which is the 22nd least in the MLB. They can’t risk losing these base runners, as they will need to score as many runs as they can to stay in this game.According to MLB.com, the Reds will start Nick Lodolo on the mound in this one. He is currently (3-4) with a 4.72 ERA and a 1.66 WHIP. His opponents have been reaching base against him very easily and he struggled in his last performance against the Cubs. He only pitched for 4.2 innings and he gave up seven hits and four earned runs. Lodolo has also been shaky at the home this season, as he is (3-2) with a 2.50 ERA. The Reds bullpen has also had issues over the past few weeks, as they are allowing the most runs per game. They will have to be better in this game, as they are allowing 4.93 runs per game. They can’t allow the Phillies to explode at the plate against their bullpen, as this will be very difficult to come back from. As a team, the Reds are allowing 5.33 runs per game, which is the third most in the MLB.

Best Player for this Game

I will be riding with the Phillies money line in this matchup with the Cincinnati Reds. Philadelphia is scoring the seventh most runs per game and they have a chance to load the bases consistently against Lodolo in this game. Nick Lodolo has struggled this season, as he is (3-4) with a 4.72 ERA and a 1.66 WHIP. In his last start, the Cubs got to him early and often, as I see the Phillies doing the same thing to him in this one. They can score multiple different ways, as the Reds won’t be able to slow them down. I see the Phillies reaching base safely and I expect them to hit a few home runs in this one, as well. Philadelphia is hitting the sixth most home runs per game, as it is very difficult to keep up with them on the scoreboard. I also see Ranger Suarez completely shutting down this Red’s batting lineup, as he looked great in his last start and he has been a road warrior this season. He is (6-1) away from his ballpark, as he continues to send his opponent’s fans home upset. The Reds are also only scoring the 19th least amount of runs per game and they have the 19th lowest overall team batting average. They will struggle to reach base consistently and they won’t score enough runs to keep this game close.

Take the Philadelphia Phillies ML and trust Ranger Suarez in this one.