While top skill players usually take it easy in the first NFL preseason game, that isn’t likely to be the case Saturday night when the Pittsburgh Steelers host the Seattle Seahawks. Both teams open the 2022 NFL preseason looking to replace legendary Super Bowl-winning quarterbacks. Seattle, which went 7-10 and missed the playoffs last season, traded Russell Wilson to the Broncos in the offseason. Drew Lock and two first-round picks were included in the deal, and Lock and 2021 backup Geno Smith should get plenty of work Saturday to show that they deserve to replace Wilson. The Steelers, meanwhile, will start Mitch Trubisky, but rookie Kenny Pickett should get an extended look as the team seeks to replace Ben Roethlisberger. Both coaches are fierce competitors who want to win no matter the stakes, and Seattle’s Pete Carroll is 26-17 in his career in the preseason, while the Steelers’ Mike Tomlin is 34-24.

Kickoff at Heinz Field in Pittsburgh is set for 7 p.m. ET. Caesars Sportsbook lists Pittsburgh as a 3.5-point favorite in the latest Seahawks vs. Steelers odds, and the over/under for total points scored is set at 36.5. Before making any Steelers vs. Seahawks picks or 2022 NFL preseason predictions, be sure you check out what SportsLine NFL expert R.J. White has to say. 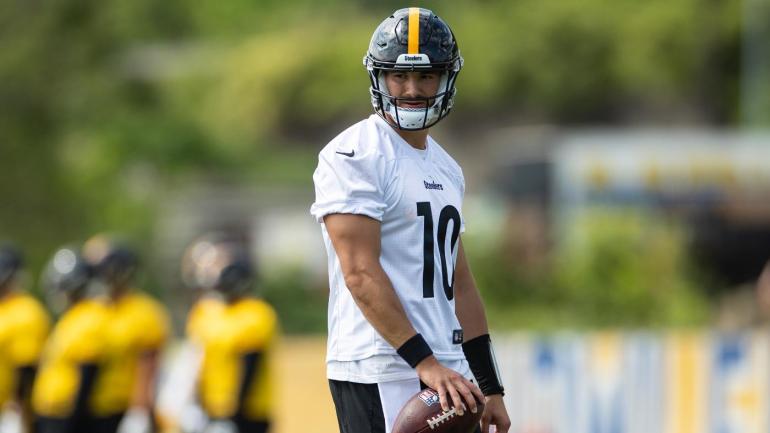 Why the Steelers can cover

Pittsburgh has gone 3-1 in three straight preseasons, which is a credit to Tomlin and his ability to motivate players. Trubisky threw for more than 10,000 yards with 64 TDs and 38 interceptions to go 29-21 in his four seasons with the Bears. He spent an uneventful season in Buffalo but is the presumed Week 1 starter. Pickett was the ACC Player of the Year and won the nation’s Johnny Unitas Award for Pitt last year. He was taken with the 20th overall pick in the first round after he threw for 4,319 yards, 42 TDs and seven interceptions as the Panthers went 11-2.

There is a fierce battle for spots in a talented receiver corps, with second-round pick George Pickens and fourth-rounder Calvin Austin III among those looking to impress. They got a lot of looks while Chase Claypool and Diontae Johnson dealt with injuries in camp. Anthony Miller, a second-round pick of the Bears who formed a strong bond with Trubisky there, is a big-play threat. They should be able to exploit a Seahawks secondary that was the NFL’s second-worst last year (265.5 passing yards per game) and comes in dealing with injuries and upheaval.

Why the Seahawks can cover

The quarterback competition will have an impact, with Smith set to get the start for Seattle. Lock will be pushing to take the top job, while 2020 Colts fourth-round pick Jacob Eason is a solid No. 3. Lock has cut down on the mistakes that plagued him in Denver and threw for 185 yards, compared to 94 for Smith, in a mock game last weekend. Smith started three games for Seattle last season and went 1-2, including a 23-20 OT loss to the Steelers. The 31-year-old, a second-round pick of the Jets in 2003, went 15-of-25 for 136 yards in the preseason last year.

Lock threw for 151 yards and two TDs in Denver’s exhibition opener against the Vikings last season. Eason played in all three preseason games for the Colts, completing 41-of-62 throws for 389 yards and no TDs or interceptions. The running back battle also will be closely watched, with second-round pick Kenneth Walker and DeeJay Dallas trying to unseat presumed starter Rashaad Penny. Walker won the Doak Walker Award last season after rushing for 1,636 yards and scoring 18 TDs for Michigan State. Dallas was a fourth-round pick out of Miami in 2020.

How to make NFL Preseason or Seahawks vs. Steelers picks

White has analyzed this matchup from all angles, and he is leaning Over on the point total. He also has discovered a critical X-factor that has him jumping all over one side of the spread.